Misunderstood Tolerance and the Road to Cooperation

How do we treat that which we despise? Irritated and angered, our attitude takes the form of verbal criticism, social sanctions or even violence. However, sometimes, we choose to contain ourselves and to keep our negative attitudes in private – we choose to be tolerant. According to the definition by Joseph Raz, “tolerance consists of the suppression or containment of the desire to persecute or harass another person, to harm them or to treat them undesirably (...) Tolerance is a true moral virtue only then if it limits the desires, urges and convictions that the tolerant person themselves consider to be desirable in itself (italics by the author). In a typical case, a person is tolerant only then if they suppress their desire to harm or derogate another while believing that such a mistreatment would be deserved (italics by the author). The meaning of an act of tolerance therefore lies in the select cases when we consciously refuse to act in a way that would be ordained by our private values. Why would we choose to behave in such a strange manner? The simplest answer is – it is our way of showing understanding and respect towards those that are different. Yet this answer does not explain the semantic limitations of the term “tolerance” and neither does it help us to understand how tolerance is expressed in everyday situations.

First, does true tolerance ask us to endure anything, so long as it does not happen to ourselves? If we would dislike it if others threw excrement at us, why do we silently look on as the religious fanatics and other extremists do that to the participants of the LGBTQ Pride Parade In this case we are either acting hypocritically – in showing hidden support for the extremists or being afraid to openly show our support for the rights of sexual minorities. Second, if we accept that tolerance has its limits, can it even be considered as true tolerance? This question is raised as a common criticism against  liberals: “You are not as tolerant as you pretend to be, for you actively work against those that propagate racism, Nazism and sexism!” This demagogic critique shows how easy it is to manipulate  the meaning of a term when it is not clearly defined. Third, if we are intolerant against religious fanaticism, do we also need to be intolerant against religion as a consequence? And what should be done by those believers that wish to uphold the Christian virtues of tolerance and gentleness? How can we balance our views and our values, to understand when to be and when not to be tolerant,  and in which direction should this attitude be directed?

The logic and limitations of the term “tolerance”

At  first look, the logic of tolerance and intolerance seems identical to any other pair of opposites where the meaning of one term is created through the opposition to the other, such as left/right, above/below, etc. This binary logic defines true tolerance as an absolute denial of intolerance – to be tolerant is to refuse any expression of a negative attitude. However, this is a misunderstanding of the term. To be tolerant of everything means, first, taking an uncritical (or even benevolent) stance against undeniably inhumane acts and, second, to refuse to take any individual stance on any issues whatsoever. In this case, with misunderstood tolerance we justify passivity, cowardice and apathy, through which the individual accepts something that should be defied both in the interests of the individual and society as a whole.

An all-encompassing understanding of tolerance is a logical paradox – it demands one to be tolerant toward any extreme convictions, including intolerance. According to Ernesto Laclau, complete tolerance is self-destructive in practice, as the label of tolerance soon creates an absolutely intolerant society [2]. Therefore, if we do not wish to experience individual and social degradation, we need to formulate the definition of tolerance in a way that includes its borders. Yet, where do we draw these borders?

These borders could be marked with the principle of universal morality: a morally correct action needs to be shown tolerance, whereas an amoral action deserves intolerance. This seems simple, yet this creates the second misunderstanding of the term tolerance. Laclau notes that the attachment to morality makes the notion of tolerance obsolete: “If that, against which I am tolerant, is something that I morally support (or at least something that I am morally neutral about), I am tolerating nothing. At best, I am simply redefining the borders of absolute intolerance. Tolerance starts only when I accept something that I am morally against” [3].  In a similar fashion, we do not always agree with the law, yet we need to abide it. For example, opponents of abortion find it morally unacceptable that the law permits abortion, yet even they need to follow this law and respect the choice of other individuals. Both misunderstandings are based on the errors made in conceptualizing the notion of tolerance: On one hand, If it is rooted in oneself (where tolerance is respect for everything), without paying attention to its content and limitations, in practice it turns into its opposite. On the other hand, if the notion of tolerance is based on some outside normative principle, it loses its meaning. To avoid these issues, Laclau suggests separating  tolerance and ethics. That is, tolerance means the refusal to ethically evaluate a specific act. This is not done to abandon one’s own convictions; it is done to allow a dialogue with people that represent different moral values, because it is impossible to converse and cooperate with people that have preemptively been denounced as amoral. That humiliates both the proponents of values (how can they cooperate with those that we consider inhuman?) and their ideological opponents (how can we cooperate with those that consider us inhuman?). In this context tolerance can be defined simply as respect for diversity and, in this, as emphasized by Laclau, tolerance cannot be all-encompassing. To work on a public issue, we can join together with those whose values are radically different from ours in some respect, yet similar in others. For example, in the name of peace and security, atheists and religious individuals can cooperate in the fight against the terrorism of religious fundamentalists. Tolerance is rooted in the ability to limit one’s desires for the sake of others and for this reason the borders of tolerance are drawn exactly where the opponents desire to do the same ends – we cannot be tolerant towards an absence of tolerance.

Tolerance as a social value

Upon reaching a certain size and level of development, society cannot be homogenous. Latvian society is made up of groups that hold different life goals and worldviews. We are convinced that those who belong to our group are  good and correct and those that are part of a group with opposing views are incorrect and evil. Stereotypes and prejudice play a large role in creating this gap. First, the automatic stereotype of one’s own group’s cohesiveness is a mistaken one. It is illusory and exists only for as long as the group members are concerned with an outside threat – as soon as there is none, the group experiences an inner divide and a fight for egoistical interests. In this, the carefully cultivated intolerance toward outside differences turns into an intolerance for differences within the group. Second, there is the automatic stereotype for one’s own group’s spiritual, historical, or even divine, superiority. This inflated sense of self-worth is combined with prejudice – unfounded negative preconceptions of other groups. This is done in the service of justifying and supporting inhuman acts against  other groups, as it is so much easier to hurt that which is seen as inhuman. Third, there is an incorrect assumption that one’s interests can only be achieved at the cost of another’s – the more we gain, the less they have left. This notion is false, as society exists because of the human ability to cooperate, which demands the suppression of the natural desire to compete. Philosopher Bertrand Russell suggests that our cooperation with others is ensured by our gregarious instinct: “The social animal’s successful survival in the struggle for existence is dependent on  cooperation within the pack, in the name of this cooperation the individual needs to partially refrain from something that it would not give up under other circumstances. This creates a conflict between instincts and desires, for the individual’s biological goals include both self-preservation and survival of the pack. In its essence, ethics is the art of showing others what to sacrifice for the sake of cooperation” [4].

Tolerance is an important social value, without which it is impossible to create a strong and simultaneously democratic society that is able to show solidarity in the name of common goals. What is the role of tolerance in Latvian society? The Latvian social science research think tank Center for Public Policy –Providus found disappointing results in data collected in  2006 and 2007 as part of a research project on ethnic minorities in Latvian schools– tolerance is not an accepted social norm in Latvia [5]. Nothing demonstrates that our country has achieved significant changes since these polls – homophobia, xenophobia or simple everyday intolerance are still common phenomena. The main forms of intolerance are ethnic and religious intolerance, yet intolerance can be similarly based on differences of any kind – nationality, language, gender, age, social status, sexual orientation, etc. Everyday intolerance can show itself in relationships between employees and employers or even through traversing the public space, for example  conflicts between  motorists, pedestrians and cyclists. This everyday intolerance is created by the egoistical wish to think only for oneself, to ignore the needs and interests of others. Those of us, who have been, even once, in the role of a pedestrian, a cyclist and a driver, know that none of these roles allow for a complete disregard for others – someone will always be in our way. In this case, it is futile and destructive to be consistently angry at the “stupid pedestrians”, “dumb drivers” or “reckless cyclists”, the only course left is to work on yourself and to learn tolerance.

The more tolerance is practiced, the more it becomes stronger and spreads throughout society. Tolerance creates tolerance. In contrast, intolerance encourages intolerance, as it creates the desire for revenge in its victims. This increases the overall level of aggression and stress in  society and  intercultural relationships suffer. This socially and economically weakens Latvian society– socially active and well-educated people leave the country, mentioning intolerance and discrimination, rather than economics, as the main reasons behind their decision to emigrate [6].

To be tolerant is to partially contain your egoism: one’s seemingly self-explanatory right (in effect, only  the desire) to hate, deny and refuse to accept everything that is not connected to ourselves. As French philosopher Voltaire summarized in his essay about tolerance: “the imagined rights to intolerance are absurd and barbaric – they are the tiger’s rights to [ravage]” [7]. For how long will we hide behind  misunderstood tolerance, rather than to oppose the extremeness of a few individuals whose savagery is turned against others? And for how long will we allow ourselves to “rampage” on the street or on the internet?

[6] Skaties.lv. Gays and lesbians leave Latvia due to discrimination. November 15, 2014. Accessible at: http://skaties.lv/latvija/sabiedriba/geji-un-lesbietes-latviju-pamet-diskriminacijas-del/. 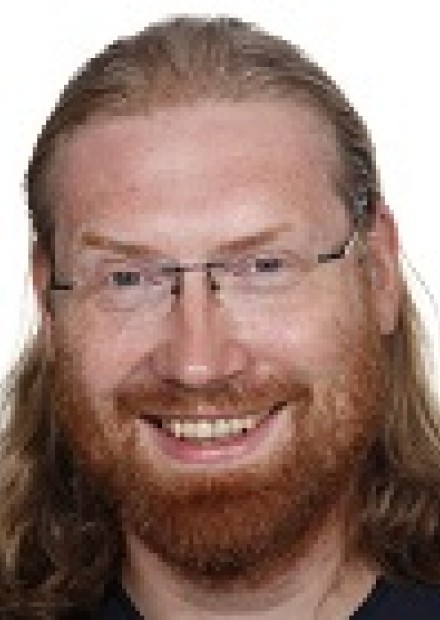 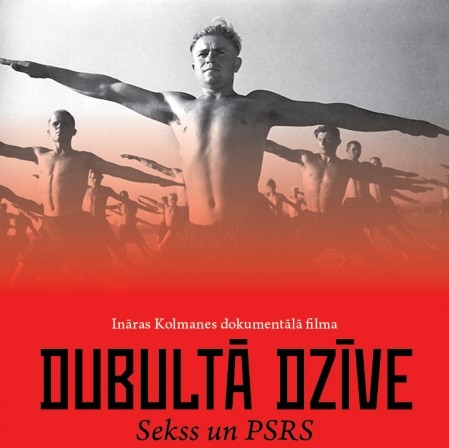 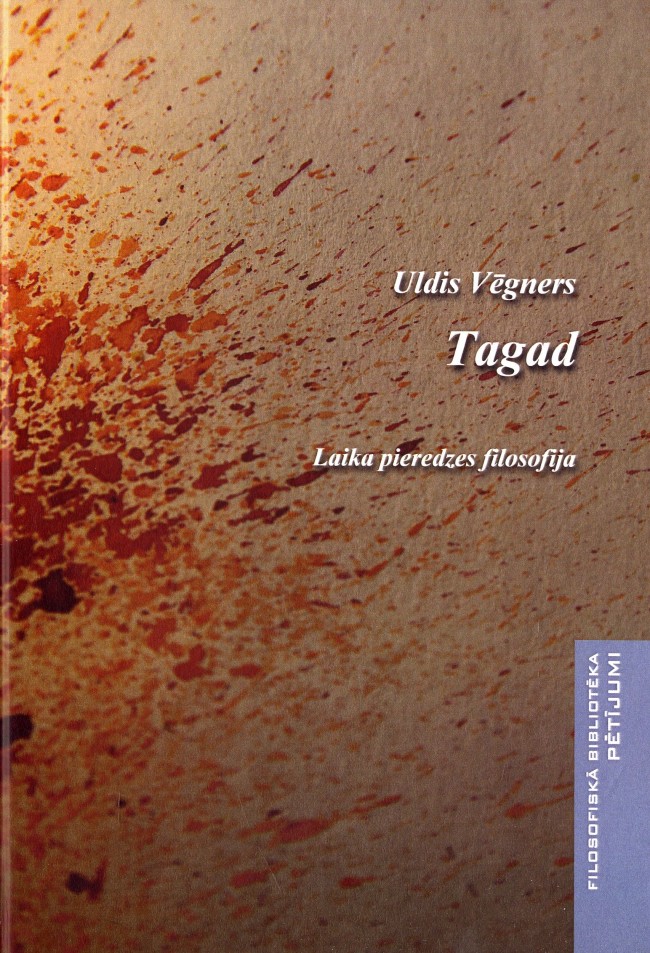 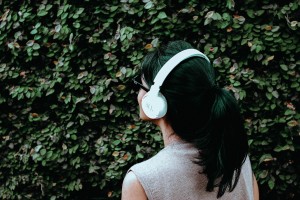 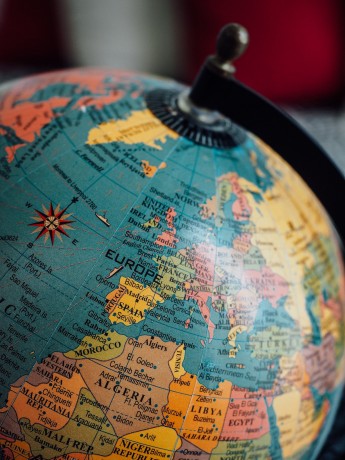 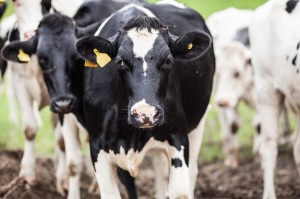 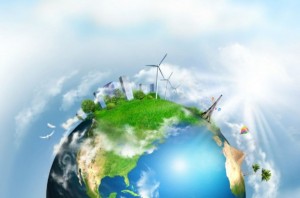 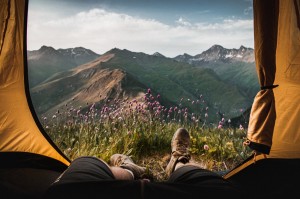 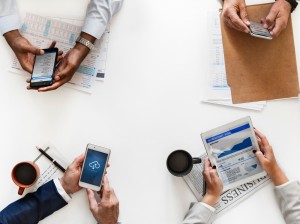 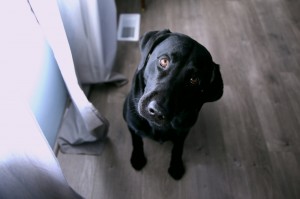 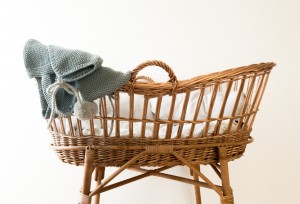